Preparation to a Perfect Score: How I Prepped for the OAT

Anytime I meet an applicant who scores well on the OAT, I ask him or her to write a how-to article on how he or she prepared to take it.  This is  such an article.  You can’t get much better than the top score of 400 in every […]

I’m eager to pass along any resource that will help optometry school applicants—especially those that will help students score well on the OAT.  This is such a resource. It is written by a young man, though a non-traditional student who despite his confessed anxiety about the process, scored […]

My Unofficial Study Guide to the OAT

My Unofficial Study Guide to the OAT by Colin Leung, SCCO Class of 2022 This study guide was written by a SCCO student from the incoming class Fall 2018 who successfully took the OAT.  Colin calls it his “Unofficial Guide to the OAT.” In it, he reports both […]

Newly available are OAT practice tests, electronic versions put out by the agency who administers the OAT. 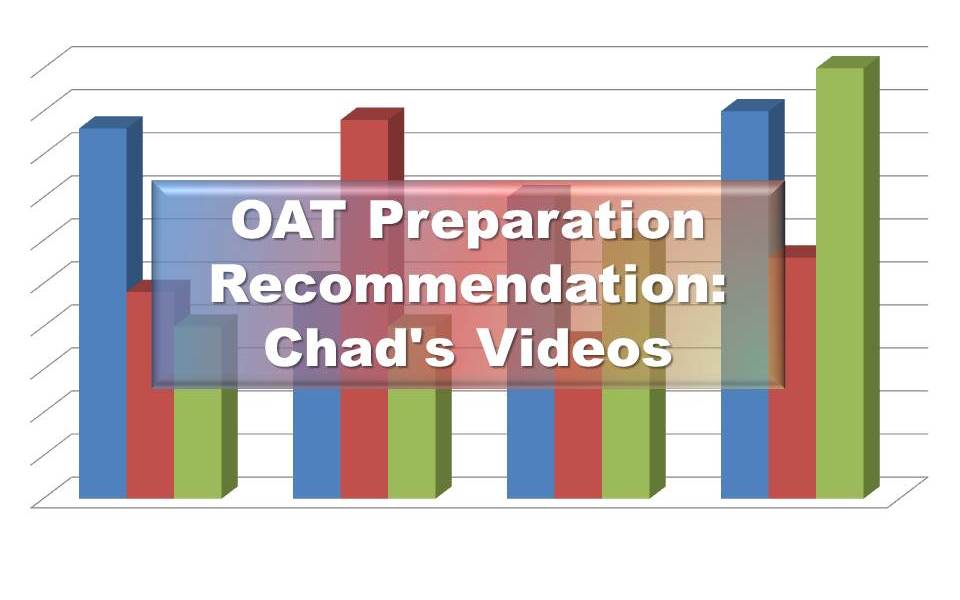 I’ve received an endorsement of Chad’s Videos from an applicant who performed very well on the OAT.  I thought her comments were worthy of a blog article. This applicant explained that at SCCO’s Spring Admissions Open House, she heard a SCCO student endorse these videos/teaching tool explaining that it was the preferred […]

OAT Preparation on a Budget

Another great information exchange on the topic of preparing to take the OAT came together on the SCCO’s Pre-Optometry Facebook Group page, spearheaded by 2nd year student, Michael Goering. I asked him to reproduce it for the Blog and so here it is… My name is Michael Goering and […]