Preparation to a Perfect Score: How I Prepped for the OAT

Anytime I meet an applicant who scores well on the OAT, I ask him or her to write a how-to article on how he or she prepared to take it.  This is  such an article.  You can’t get much better than the top score of 400 in every […]

I’m eager to pass along any resource that will help optometry school applicants—especially those that will help students score well on the OAT.  This is such a resource. It is written by a young man, though a non-traditional student who despite his confessed anxiety about the process, scored […]

My Unofficial Study Guide to the OAT

My Unofficial Study Guide to the OAT by Colin Leung, SCCO Class of 2022 This study guide was written by a SCCO student from the incoming class Fall 2018 who successfully took the OAT.  Colin calls it his “Unofficial Guide to the OAT.” In it, he reports both […] 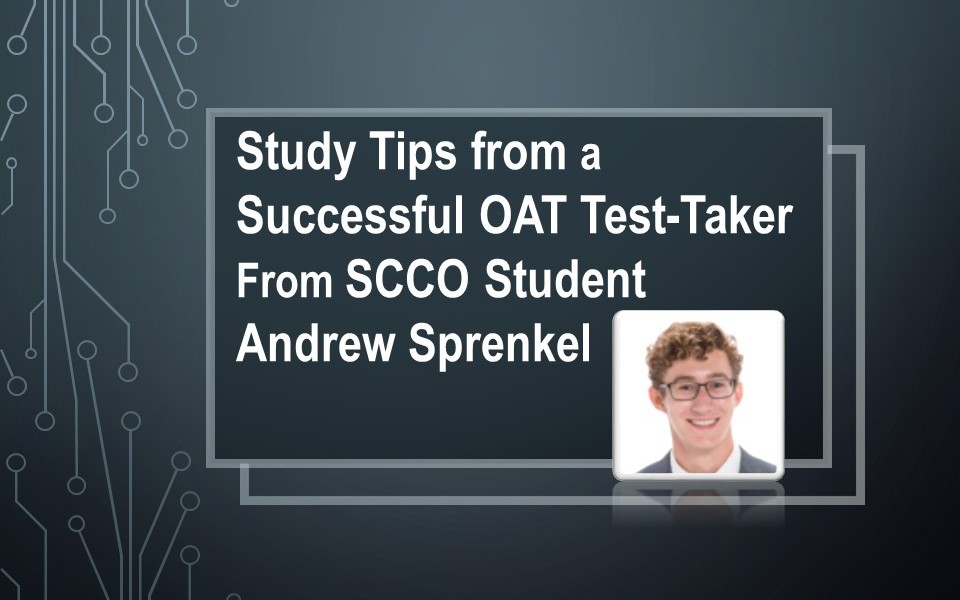