Here is your chance to get your questions answered
SCCO students. Introducing  SCCO’s Student Ambassadors!  First year students who have a heart for service have volunteered to help prospective students follow in their footsteps to become an optometry student. 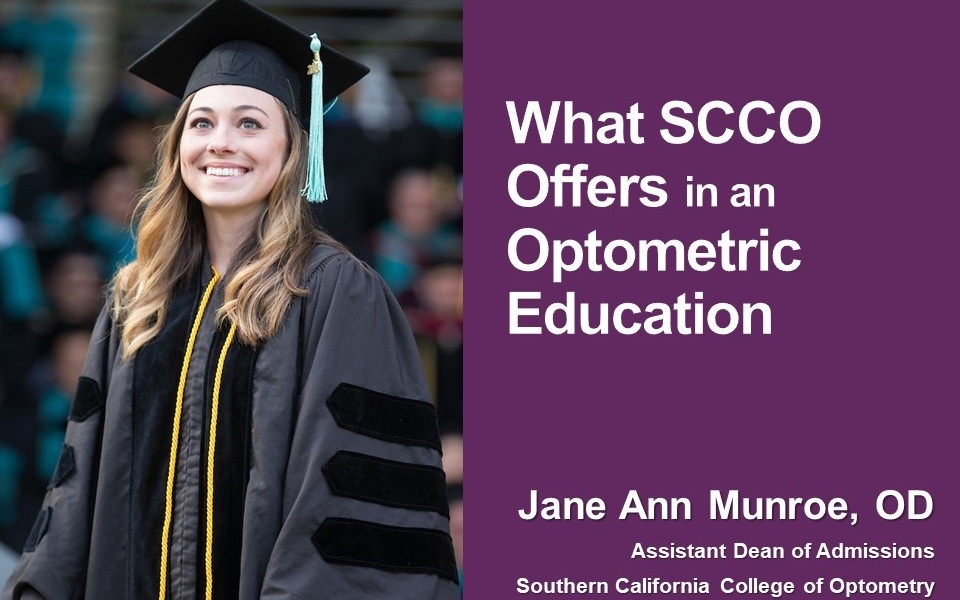 Video: What the Southern California College of Optometry Offers Optometry Students in an Optometric Education

Are you planning to attend optometry school and are in the process of researching the various optometry programs and what they offer their students? Designed with the pre-optometry student in mind, here is a video presentation describing the features and benefits of the Southern California College of Optometry’s […]

Steven Hoffman, OD, a recent SCCO grad, just started a YouTube channel. It’s voiced for any student considering optometry as a career choice. It’s full of advice about how to get into optometry school for applicants too . Dr. Hoffman comes from several generations of optometrists. Not only […]

Gina Gilson is from Northern California. She considered staying closer to home to attend optometry school, but it was ultimately her SCCO on-campus visits that made the program stand out as her dream school.

Given our current situation with COVID-19, I am republishing this article because is has renewed relevance as an accepted shadowing practice. In many ways, there is even more to be learned by interviewing an optometrist than by the mere passive observation of the traditional shadowing experience.

Help Your Pre-Optometry Club Be Even MORE Successful!

By Eryn Kraning, Senior Director of Recruiting and Admissions, SCCO on October 17, 2017 • ( Leave a comment )

Being part of a pre-optometry club is a great way to get plugged into your future profession, learn about the various optometry educational programs, and learn about how to make yourself a competitive applicant.  Pre-optometry clubs attract students who are not familiar with optometry. There’s  wisdom in the movie line, […] 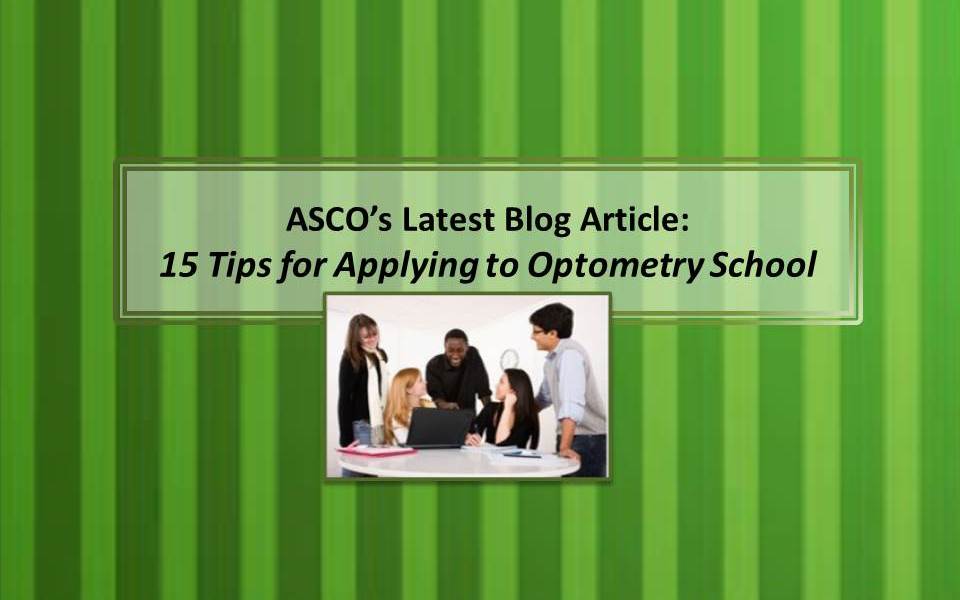 15 Tips for Applying to Optometry School

Another great article hosted on ASCO’s blog. I agree with all of its wisdom: “Anyone familiar with the optometry school admissions process would say it’s more like a marathon than a sprint. One of the mileposts, by the way, is actually submitting the application to one or more […]

I have a new cub reporter. Her name is Erin Major, Class of 2020. She’s going to be helping me with the Blog, especially in the area of student life. Erin hails from Colorado Springs, CO. She completed her undergrad degree at University of Colorado, Boulder. Southern California is […]